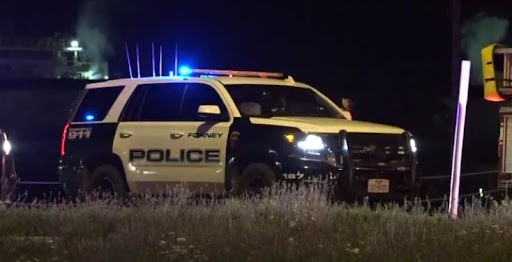 A Georgia woman died under mysterious circumstances after reportedly jumping out of a moving police car following her arrest last week, but people on social media are beginning to question the official narrative.

Brianna Marie Grier, 28, died at Grady Memorial Hospital in Atlanta after having been picked up at her home on July 15 by officers with the Hancock County Sheriff’s Office, according to WMAZ.

Grier was allegedly experiencing a schizophrenic episode at the time of her arrest, with her mother, Mary Grier, having called the police for help between midnight and 1 a.m. that morning.

Suffered Two Fractures To Her Skull Before Dying, Authorities Say

Later, Mary and her husband Marvin received a visit from Sheriff Terrell Primus, who told them Brianna had been airlifted to a hospital with a head injury, the outlet reports.

Cops told the Griers that she had kicked the cruiser door open before jumping out of the vehicle while handcuffed.

Brianna suffered two fractures in her skull before dying around 1 p.m. Thursday.

While authorities say the case is still under investigation, people on social media are themselves questioning how she could have kicked a police car door open with handcuffs on.

Some have been bold enough to accuse the police of wrongdoing in regard to Brianna’s death.

Imagine kicking a door open with your feet, while handcuffed and you supposedly get out feet first but fractured your head in two places. Cops murdered her @AttorneyCrump

“Imagine kicking a door open with your feet, while handcuffed and you supposedly get out feet first but fractured your head in two places. Cops murdered her” one commenter on Twitter noted, while tagging the local district attorney.

Another commenter similarly tweeted that “doors are supposed to be secured/locked. I’m not buying it. Hold bad police accountable (so) good police don’t suffer.”

“Fell or pushed out?” tweeted user @Slick_Nay. “Not suspicious at all… way to go @wsbtv all the hard hitting questions were truly answered…🥴” someone else wrote.

Grier’s body is being taken to the Georgia Bureau of Investigation’s Crime Lab for an autopsy as the agency continues their investigation, per WSB-TV.

Safaree Shares That He Would Get Married Again: “Love Is In Me…Love Is Forever”