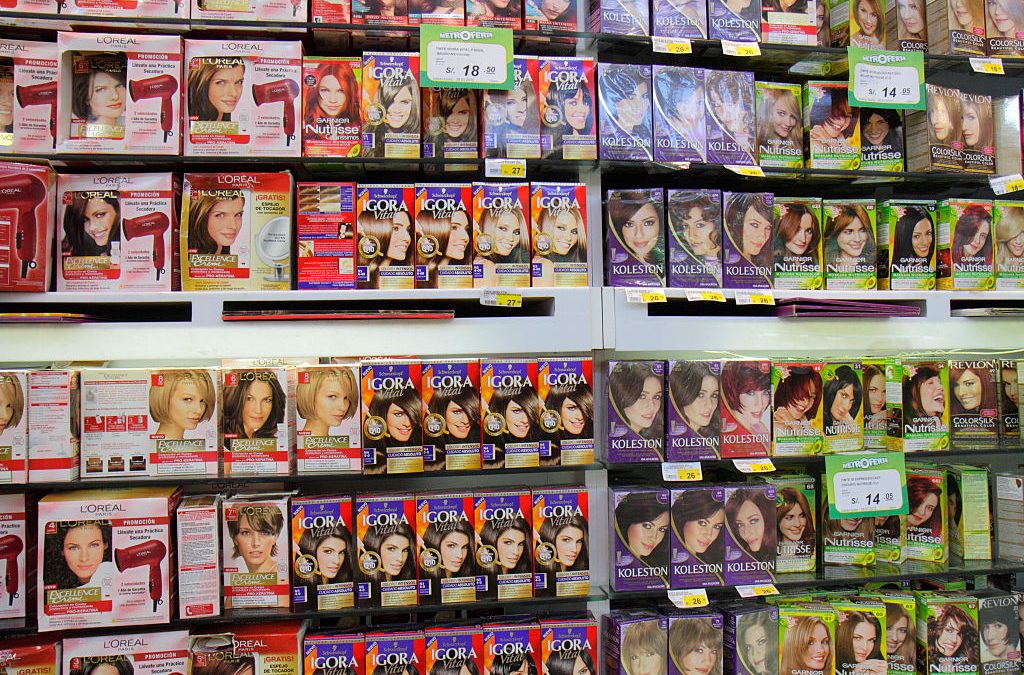 A Texas woman had a horrific reaction to hair dye earlier this year, and was left with her face swelled up like a balloon to “emoji” like proportions, she says.

Shanika McNeil, 29, noticed the reaction shortly after coloring her hair back in January, the Houston native told Kennedy News and Media.

“I was laughing at myself because I did look extremely funny,” McNeil told Kennedy News of the cosmetic mishap.

Dyed Hair Sunday Prior With No Issues, But Woke Up Next Morning With Rash, Headache

She says she had dyed her hair herself the Sunday prior and “had no issues,” but the next morning she woke up with a headache and began to develop a rash.

“I dyed my hair myself on Sunday evening and it was fine, I had no issues,” the Houston native described. “Then in the morning I woke up and I had a headache — it lasted all day and then probably around 3 p.m. I noticed I had this line around my forehead and a rash.”

McNeil was then afflicted with even more symptoms, saying her “scalp started burning like it was on fire,” and that she “could tell my scalp was oozing.”

“My scalp started burning like it was on fire and then I used a napkin and could tell my scalp was oozing,” she described, adding that “as the hours went by I noticed my forehead was getting puffier.”

She reported the symptoms to a doctor, who informed her that she had an allergic reaction to PPD, an ingredient used in the hair dye, the outlet reports.

Symptoms of this allergic reaction can range from itching and swelling to anaphylactic shock, and even death, according to Healthline.

She was eventually prescribed antihistamines and steroid to help with the swelling, which successfully treated her pain.

While she thought she was finally in the clear, the symptoms once again reappeared after she got home from the doctor’s office.

“Every hour I looked at myself and my forehead was getting bigger and the swelling was worse,” McNeil recalled of her unfortunate case of “hyperinflation.” “It looked like I was an emoji, it was very weird. My whole family was panicking because I looked so strange. A lot of people said I looked like I was in a fight.”

She snapped some pictures of the reaction, showing her face as it took on the proportions for the apathy emoji.

Took Two Weeks, Two Rounds Of Antihistamines To Be Cured Of Allergic Reaction

At first, McNeil thought her cartoonish visage was funny, but quickly stopped laughing after “the pain kicked (back) in,” causing her eyes to be “completely swollen shut so (she) couldn’t see for a few days.”

It ultimately took two weeks and two rounds of antihistamines before the allergic reaction settled, the outlet reports.

As it turns out, the PPD she was allergic to is one of the main ingredients used to make hair dye.

She was forced to use “baby shampoo for weeks” after the ordeal to avoid triggering another allergic reaction, with the dye leaving her head with bald spots and eczema.

She added that her scalp is so sensitive now that it hurts to comb her hair. McNeil went on to say she hasn’t used hair dye since the incident, and does not intend to do so again.

“I haven’t dyed my hair since and I don’t have any intentions of doing it,” said McNeil.

She’s used the exposure from the experience to warn others about being aware to this kind of dye sensitivity, and has heard from countless more who have similarly suffered such reactions.

“A lot of people in the comments said the same thing happened to them — they’d been using a dye for years and then had a reaction,” she said. “I’ve told people to do a patch test every time they use it [dye] and if you are sensitive to it, look for a dye that doesn’t have PPD in it.”

Before you apply hair dye on your head, please check if PPD (p-Phenylenediamine) is part of the ingredients

PPD is so powerful and toxic that it is illegal to use it on the skin.

This lady had a reaction to PPD and it caused her head to swell.

A quick Twitter search for “hair dye reactions” shows the prevalence of such allergic reactions, with dozens of other woman pictured with swollen and disfigured countenances caused by PPD.

The exact brand that caused McNeil’s reaction was not immediately known.

A similar incident occurred to a woman in the UK after she was temporarily blinded and had her face triple in size from swelling after a bad reaction to hair dye containing PPD, according to the New York Post.