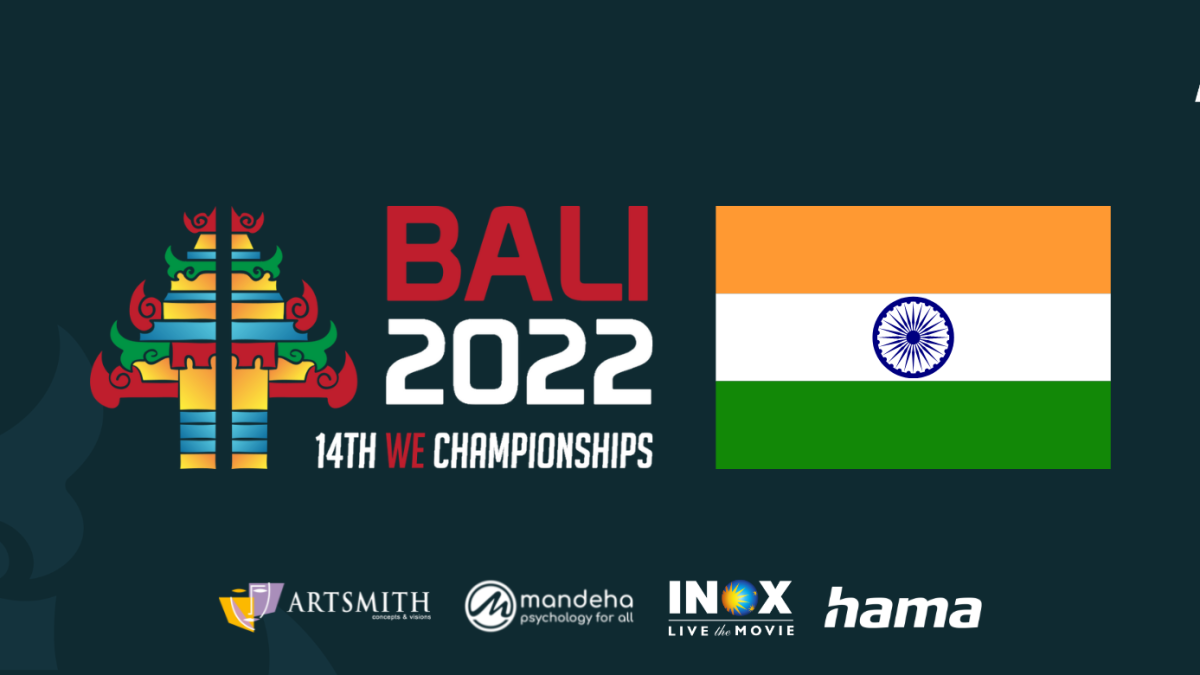 The Indian CS:GO team will be leading the country’s charge at the IESF’s 14th World Esports Championship as they take on Tajikistan in their opener on December 2.

A team, comprising of skipper Ritesh Sarda (Defaulter), Shuvajyoti Chakraborty (Mcg1LLzZz), Anshul Adarkar (KiiLSwitCh), Hrishikesh Shenoy (Crazy_Gamer) and Harsh Jain (lynX) has been placed in the Group C along with Tajikistan, Team IESF and Chile. After their eighth-place finish in the last edition of the tournament held in Eilat, Israel, the team will be determined to clinch a podium finish this time around.

Team India CS:GO captain Ritesh Sarda said “It’s been a great honour to represent India back-to-back in the WEC. We as a team are excited and prepared to play in the upcoming WEC starting next week in Bali. The world finals is going to be a huge spectacle. With the right mentality and proper grind, we have high hopes for the tournament and will try to bring the laurels to the country.”

Organised by International Esports Federation (IESF), the upcoming 14th World Esports Championship will witness the participation of top athletes from over 120 countries, competing in six different Esports titles—CS:GO, Dota 2, Tekken 7, eFootball as well as debutants PUBG Mobile and Mobile Legends: Bang Bang Bang. With a massive prize pool of USD 500K (INR 4 crores approximately) up for grabs, the tournament will be conducted in Bali from December 1 to 12. Team India consists of the same athletes which represented India at the last World Esports Championship in Eilat and had won the National Qualifiers (NESC2022).

Besides CS:GO, India will also participate in the Tekken 7 and eFootball titles.

“This is another great opportunity post the Commonwealth Esports Championship for India’s esports athletes to prove their metal. With Olympics also announcing “Olympic Esports Week”, esports is inching towards its Woodstock moment; and medals in events like CEC, WEC will help in establishing India as a dominant-esports powerhouse’ globally. This set of our athletes have great potential and we are confident that they will give a tough challenge to the world’s best and emerge victorious and make our glorious nation proud. I wish them all the very best and look forward to see them triumph in their respective titles” said Yugal Kishore Sharma, Director of Esports Federation of India.

Khorwal will battle it out against athletes from Pakistan, Bahamas, Venezuela and Palestine in the Group E and will be beginning his challenge against Lucius Antoine of the Bahamas on December 3.

The Indian’s clash against Arslan Siddique of Pakistan on the same day following his opening game will be one to watch out for. Arslan has won the VSFighting X, Dreamhack 2022 and Combo Breaker 2022 titles earlier this year.

“I am really glad that I will be representing India in WEC this year, this feeling is adorable and I can’t explain my emotions. WEC is always an arduous task for Tekken participants since our scene has progressed tremendously well and reached a new zenith. So it’s a moment to cherish for me. It creates a perfect scenery of success for me after putting my blood and sweat into this game. This time I am more devised for the WEC. As a mountain to climb it already is, I feel confident as well as prepared for this. It’s a great opportunity to prove my mettle against the literal virtuosos of the title and my body, soul and mind, is ready for it. Bring it on, Bali!” Hitesh expressed his excitement ahead of the World Championship Finals.

Kommu, on the other hand, will be competing against athletes from Kazakhstan, Armenia and Guinea in Group P. He will play his first match against Cheick Conde of Guinea on December 3.

“It’s an amazing feeling and honour to represent our country at the 14th WEC. It’s a huge opportunity for me to play at such a big event with the top players from different countries competing. I’m confident with my grind and will try my best to get the best results in the tournament and want to bring some glory from it back home.” Hemanth said while expressing his thoughts on getting the opportunity to represent India in the world finals.

Following the conclusion of the group stage, the Top-2 teams from each group will progress into the next round in the CS:GO and Tekken 7 titles while for eFootball only the top team of the group will qualify for the next stage.

Network Security Market Size is expected to reach at USD 84,457 Million by 2030, registering a CAGR of 11.7%, Owing to Increasing Level of Cybercrime over the Globe

Get Money Right Away With Fullerton India’s Instant Personal Loan