Home > News > Would You Like Transgender Surgery with That? 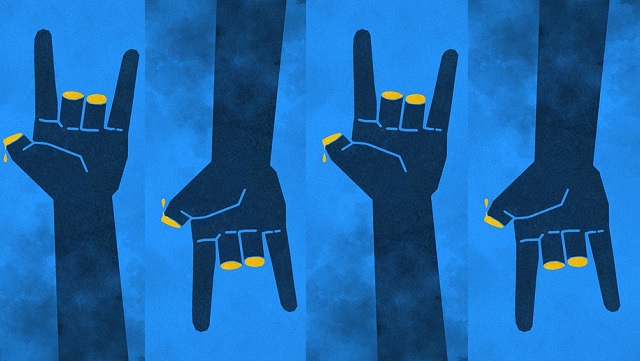 Castration: Castration is any action, surgical, chemical, or otherwise, by which an individual loses use of the testicles: the male gonad. Surgical castration is bilateral orchiectomy, while chemical castration uses pharmaceutical drugs to deactivate the testes.

The crass commercialism of the transgender lobby is on full display this week with revelations three medical trade associations, including the AMA, are asking the Justice Department to “investigate and prosecute” anyone who threatens violence against doctors and hospitals for providing transgender drugs and surgery to minors.  These commercial associations claim doctors and hospitals are receiving harassing emails and threats of personal violence from a vast conspiracy of individuals and entities who object to mutilation of children for profit.  News to me.  But I have heard of firebombings and dozens of other actual attacks against pregnancy centers and pro-life groups that the Justice Department refuses to investigate.  Maybe when the vast anti-transgender conspiracy produces actual attacks on the same scale the Justice Department might get interested.

These trade groups can’t stand the fact truthful information contrary to their financial interest is being presented to the public.  “The attacks are rooted in an intentional campaign of disinformation, where a few high-profile users on social media share false and misleading information…,” the associations claim in their letter.   Translation: these merchants wish people like me would just shut up so they can make more money.

Some 300 highly profitable pediatric gender clinics have opened around the country in the last few years.  There’s gold in them thar gender confusions.  “Like most professionals, physicians and surgeons also seek to maximize their income,” a California psychologist said.  Demand is up, but you have to ask yourself what’s driving it.  The answer is social contagion and an aggressive political Left manipulating confused young people every step of the way.   Now the Left is putting the pedal to the metal.  Just a few weeks ago, it was hateful to suggest that hospitals were performing transgender surgery on minors.  But now, the New York Times proclaims hundreds of such surgeries are being performed and it’s glorious.

If it really is all that grand, why are sellers taking steps to hide it?   Vanderbilt University Medical Center took down the webpages for its adult and pediatric gender clinics after doctors at the hospital were caught on video talking about how lucrative breast and genital removals are, calling them a “big moneymaker”.  They also threatened hospital employees who wouldn’t get with the program.

That’s not all the transgender lobby is hiding.  A detransitioner recently said his doctors didn’t warn him transgender drugs and surgery could have serious side effects.  Now he’s living with numbness in his chest, genital atrophy, and tremors.  Why would doctors make full disclosure?  There’s money to be made by hiding any potential complication.

Proponents of all this also don’t want you to know some of the money ends up benefitting Democrat Party affinity groups and causes.  A group that promotes transgenderism for 2-year-olds received over $250 million in federal funds for, among other things, training 90,000 educators about such topics as the emergence of transgender identity in toddlers.  The group has spent almost $2 million on lobbying efforts since 2018, making contributions to such Democrat/Left-aligned groups as the NAACP, Human Rights Campaign, and the Southern Poverty Law Center.  So, you see, in the Left/Democrat world, one hand washes the other.  It’s one of their insidious machines.

But there’s no arguing with success.  Three weeks ago, I told you that the California legislature passed a bill to have the state take legal custody of minors who travel from other states seeking transgender drugs and surgery.  That bill is now law and takes effect January 1st.   None dare call it the new California Gold Rush.  Oklahoma, on the other hand, hit the transgender-industrial complex right in the pocketbook, passing a law prohibiting Oklahoma University Children’s Hospital from receiving federal COVID relief funds until it stops providing transgender services to minors.

It’s time to move in Oklahoma’s direction.  What we have here is a manipulative political Left ginning up false demand and a greedy transgender-industrial complex only too happy to meet it.  It’s time to protect children from these financial predators.

Inside a Texas County That Declared Border Crisis an ‘Invasion’