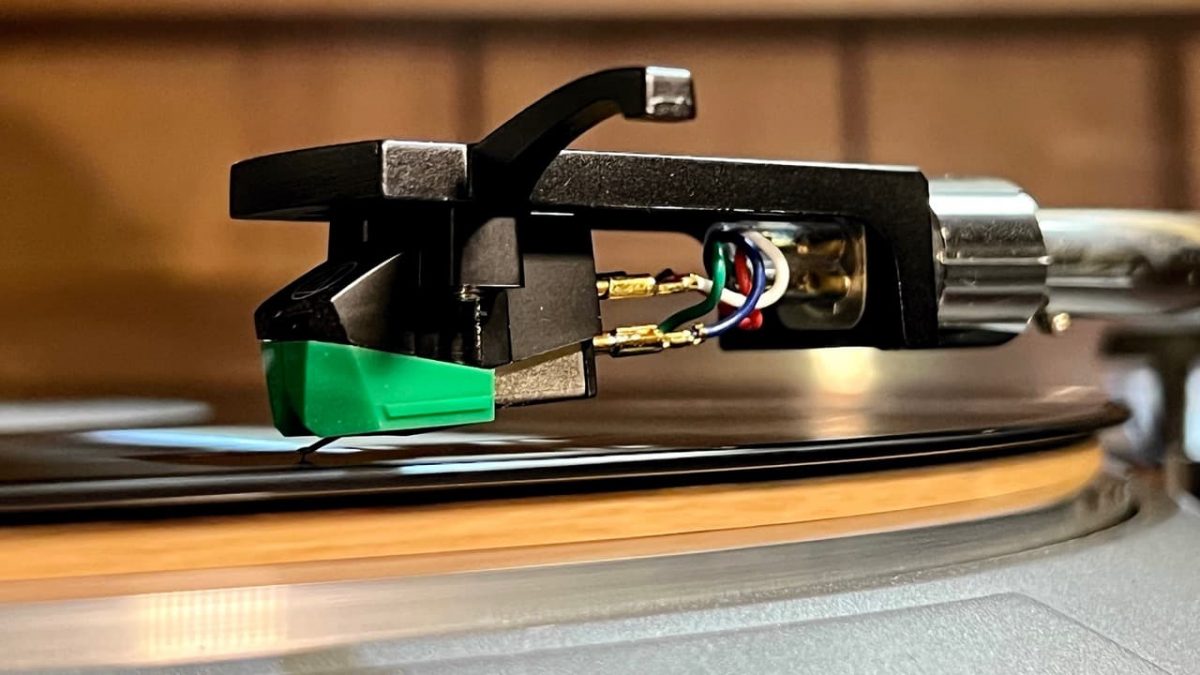 The vast majority of turntables sold in 2022 come with a pre-installed phono cartridge. Most consumers are probably not aware of the differences between a moving magnet and moving coil cartridge and that can have a huge impact on the sound quality of your record listening experience.

If you’ve been using a moving magnet phono cartridge for years and are looking to improve the sound of your vinyl, it may be time to consider switching to a moving coil.

WTF does that even mean?

At a non-technical level, all cartridges have a common structure, with a stylus (the sharp contact point with the record, often a specially cut diamond or similar stone), a cantilever (the rod you see sticking out of the cartridge body that transports vibrations from the stylus in the record groove to the sound generator inside the cartridge), suspension (which acts as a pivot and controls how much the cantilever moves), and the transducer, aka. sound generator (which relies on an interaction between magnets and electric coils to produce the electrical music signal that goes through the wires to your stereo system).

MM and MC cartridges differ on which part of the sound generator moves.

Moving Magnet (MM): A magnet attached to the non-stylus end of the cantilever inside the cartridge moves between fixed electrical coils. The coils read changes in the flux field emitted by the magnet and turn that into a sound signal.

The advantage of an MM cartridge is higher electrical output, at a level that standard phono pre-amps (or phono stages) built into most integrated amplifiers and receivers can convert easily.

This is one of the reasons MM cartridges are so ubiquitous; others are that MM styli are user-replaceable, and MM carts are (generally) cheaper than MC.

The disadvantage of MM carts is that the magnet on the cantilever is comparatively heavy and thus slows the reaction time of the pick-up (stylus and cantilever), muddying the resulting sound, especially at higher frequencies.

Most of the companies in the budget turntable category offer pre-installed MM cartridges from Grado Labs, Audio-Technica, Sumiko, Ortofon, or Nagaoka.

If your new turntable or existing turntable needs a bit of an upgrade, there are a wide range of affordable phono cartridges that are really worth considering.

Moving Coil (MC): As the name would suggest, here the coil parts of the sound generator are attached to the cantilever and the magnets are fixed within the cartridge body.

Because the coils are light, the pick-up of an MC cartridge is more responsive than an MM cart resulting in better high-frequency transients and greater detail retrieval; hence the attraction to serious audiophiles.

The main disadvantage of MC cartridges is that electrical sound signal output is lower than MM. For low output MC cartridges, the signal is weak enough that the built-in phono stage in most entry-level HiFi amplifiers and receivers can’t boost the signal enough while controlling noise to produce listenable music; with these cartridges a separate pre-amp or step-up-transformer (SUT) is required to adequately boost the sound signal without adding noise.

Other disadvantages are non-user-replaceable stylus (stylus re-tipping needs to be done by a specialist), and a higher cost (both of cartridge and supporting equipment) than MM cartridges.

Now you’re up on some cartridge lingo, are you going to stick with MM or take the plunge and try an MC? Either way, you may be interested in reading more about either type of cartridge.

The Yamaha SR-C30A Soundbar Belongs On Your Desktop