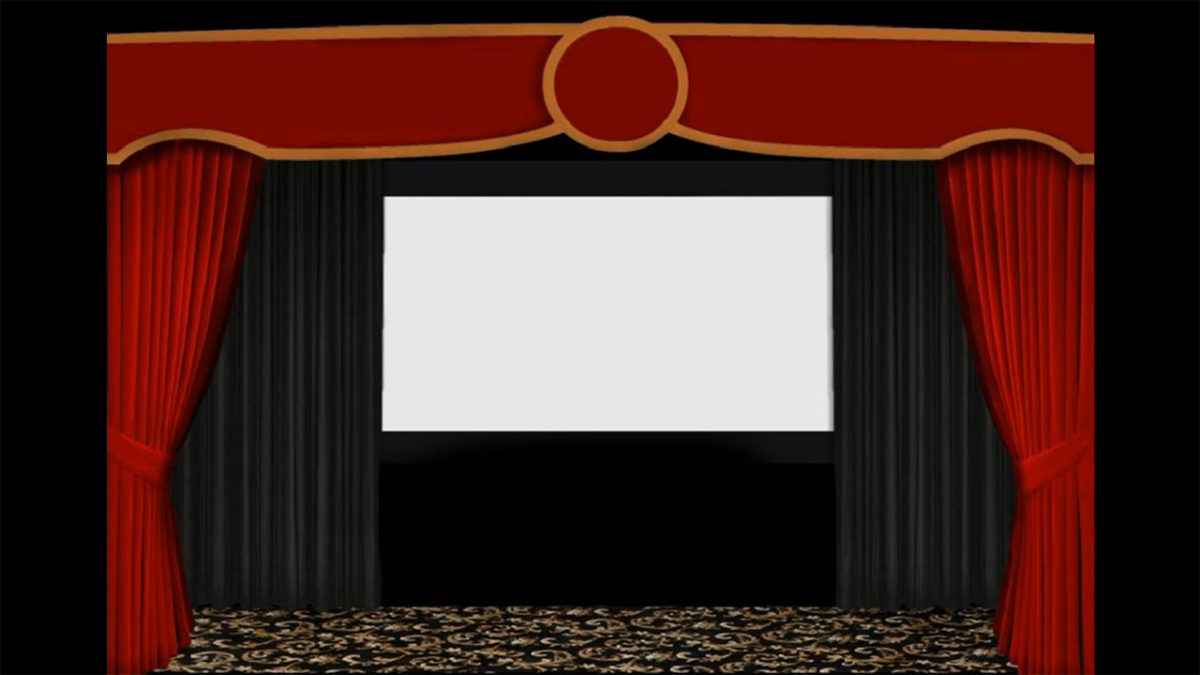 As we covered in “WTF is Aspect Ratio?” movies and TV shows come in literally all different shapes and sizes. From the 4:3 (1.33:1) analog TV standard all the way out to Cinerama’s ludicrously wide 2.77:1, today you can find films and video content in many different degrees of “wide screen.”

In the good old days of early cinema and television, pretty much everything adhered to the 4:3 “Academy Apature” standard aspect ratio. Many classic films were composed and released in theaters in that aspect ratio. But then when movie makers and theater owners saw their customers staying home watching more and more TV, they began the widescreen arms race, with films being released in wider and wider aspect ratios. Widescreen movies were something you just couldn’t capture on a TV at home, no matter how large.

These days, the norm for TV series production is 16:9 (1.78:1), which matches the aspect ratio of current HDTVs, 4K TVs and 8K TVs. For films, the aspect ratio still varies a bit with movies released in 1.78:1, 1.85:1, 2.0:1, 2.2:1 and 2.35:1. More recently, TV series makers have chosen to create their TV shows in wide aspect ratios, to give them a more “cinematic” effect. Some examples of this are the “Star Wars” live action episodic TV series (like “The Mandalorian”) on Disney+ and “The Rings of Power,” the prequel series to “Lord of the Rings” on Amazon Prime Video. These shows are presented in a CinemaScope-like 2.39:1 aspect ratio.

Because these TV shows and movies are wider than the TVs and projection systems most of us have at home, you will see black “letterbox” bars at the top and bottom of your TV or projector screen when you watch them. But this doesn’t have to be the case. And no, I’m not talking about squishing, stretching or cropping the content to fit your screen (that’s just wrong). I’m talking about something called CIH (Constant Image Height).

Something that you typically only find on higher end home theater projectors and screens a CIH system adjusts the size and shape of your projected image to fit the content that you are watching. By its design, a CIH projection system favors wider content (typically maxing out at 2.35:1 or 2.4:1 aspect ratio) as the full Cinemascope screen is only used when your are viewing this ultrawide content. When you switch over to 4:3 or 16:9 content, the sides of the screen are not used, and are typically masked or covered with light-absorbing material (more on that later).

With a CIH projection system, if you’re watching “Casablanca” your screen will assume a 4:3 aspect ratio. Switch over to “Game of Thrones” and your screen will adjust to 16:9. Now whip out that Ultra HD Blu-ray of “Blade Runner: The Final Cut” and your screen assumes an aspect ratio of 2.4:1. How does this magic happen, you might ask? There are two ways: an anamorphic widescreen lens (with the necessary video processing) or a motorized “lens memory.”

Anamorphic Lens vs. Lens Memory. Which is Better?

With an anamorphic lens, you have a separate anamorphic lens module that is mounted in front of your existing projector lens. It stretches an incoming 16:9 signal out to fit the desired screen aspect ratio. I know, I did say, “NO STRETCHING!” but this kind of stretching is OK, because it is accompanied by a “squeezing” of the original image to fit that 2.4:1 image into the 16:9 shape of your projector’s imaging engine. It may sound strange, but when properly done, with a high quality anamorphic processor and lens, this type of system works really well. It uses the projector’s full native resolution and brightness to create that ultra wide image on your screen.

Memories Light the Corners of my… Screen?

The other way to create variable aspect ratios on a projection screen is called “lens memory.” With a lens memory, a motorized zoom lens built into the projector allows you to zoom in on ultra wide content to fill an entire 2.35:1 projection screen and then zoom back out when you switch to 16:9 or 4:3 content. You can store multiple lens memory presets so you’d have one button for 16:9, another for 2.0:1 and another for 2.35:1. Projectors with Lens Memory are available from Sony, Epson and JVC (among others).

Lens memory-based CIH systems tend to be less expensive than anamorphic systems in that the lens memory feature is built into the projector and requires no additional purchase. But because you are zooming in the image to fill the screen, you will lose up to 30% of your brightness (luminance) as well as some perceived detail in the image as the pixels get larger. To compensate for the loss of brightness, you’ll want a separate calibration setting on your projector specifically for viewing ultra wide screen (zoomed in) content. Projectors with lens memory typically also have memory presets for color/brightness profiles. So you should only need to hit a couple of buttons on a remote to load both the lens memory and the color/brightness preset.

Both of these systems are called CIH (Constant Image Height) because the height of the image stays constant when viewing movies and shows in any aspect ratio. The system adjusts the image width in order to fill the largest available area of the screen. 4:3 content uses just the center of the screen, 16:9 uses most of the screen width with smaller black bars on the edges and 2:39 content fills the entire screen from top to bottom and edge to edge.

Anamorphic lens widescreen is superior to lens memory in its increased brightness and more detail on 2.35:1 content. But permanently mounted anamorphic lenses can actually rob some detail in 16:9 and 4:3 content by squeezing the image to fit the center portion of the imaging engine (and wasting a lot of pixels on the sides in the process). A motorized anamorphic lens avoids this issue but adds the additional time factor of having to slide in and out of place every time you switch aspect ratios. A lens memory-based system is generally much less expensive but it does lead to lower brightness and some loss in detail. On a 4K image, you’d probably be hard-pressed to notice the lower detail, but on 1080p or 720p content, the smaller pixel count might be noticeable.

For either system to work, you do need to pair your projector with a 2.35:1 or 2.4:1 projection screen. These tend to be more expensive than traditional 16:9 screens because they are less common. Typically only higher end screen companies make these ultra wide screens. One affordable high performance 2.35:1 screen is the Elite Screens Aeon which is available from our affiliate partner ProjectorScreen.com.

If you want to go “all in” on a CIH system, you’ll probably want to mask out or cover up the side parts of the screen that are not used for 4:3, 16:9 or 2.0:1 content. This way you won’t get any light bleed on the outer edges of the screen when viewing movies of TV shows that are less wide than 2.35:1. The high-end solution is to get a motorized masking screen. This type of screen transforms itself into the exact screen shape you need for your desired content. It moves a section of absorptive black material called a “mask” in and out in order to change the visible screen shape to match the content.

Unfortunately motorized masking screens aren’t cheap: they generally sell for thousands of dollars. You can find a selection of them on ProjectorScreen.com. If you’re decking out a high end home theater for your mansion in Bel Air, then this might be chump change. But for the rest of us, there’s a DIY solution that can work pretty well.

As a play begins, the curtains slowly open to reveal the stage, telling the audience, “something special is about to happen.” You can do the same thing at home. For a budget DIY solution, you can add a simple set of curtains to your projection screen and open them to the specific size you need for each aspect ratio.

For a more elegant solution, consider installing motorized drapes in front of your projection screen. Several companies sell motorized screen curtains that can be programmed to open at different presets. When your home theater is not in use, the curtains can close all the way, covering the screen from view. When you watch a 16:9 aspect ratio TV show, you can program the curtains to stop right at the edges of that 16:9 image, masking out the unused sides of the screen. And when you switch over to 2.35:1 for a feature film you can program the curtains to open all the way, revealing that ultra wide screen in all its glory.

Also, check out this guy’s DIY implementation of a motorized screen masking system he put together himself with about $600 worth of materials. A standard set of drapes would probably be easier to implement but this approach is also pretty slick.

Could New EU Regulations Put An End To 8K TVs?

What More in the Naim of Love: The Audiophile System Builder