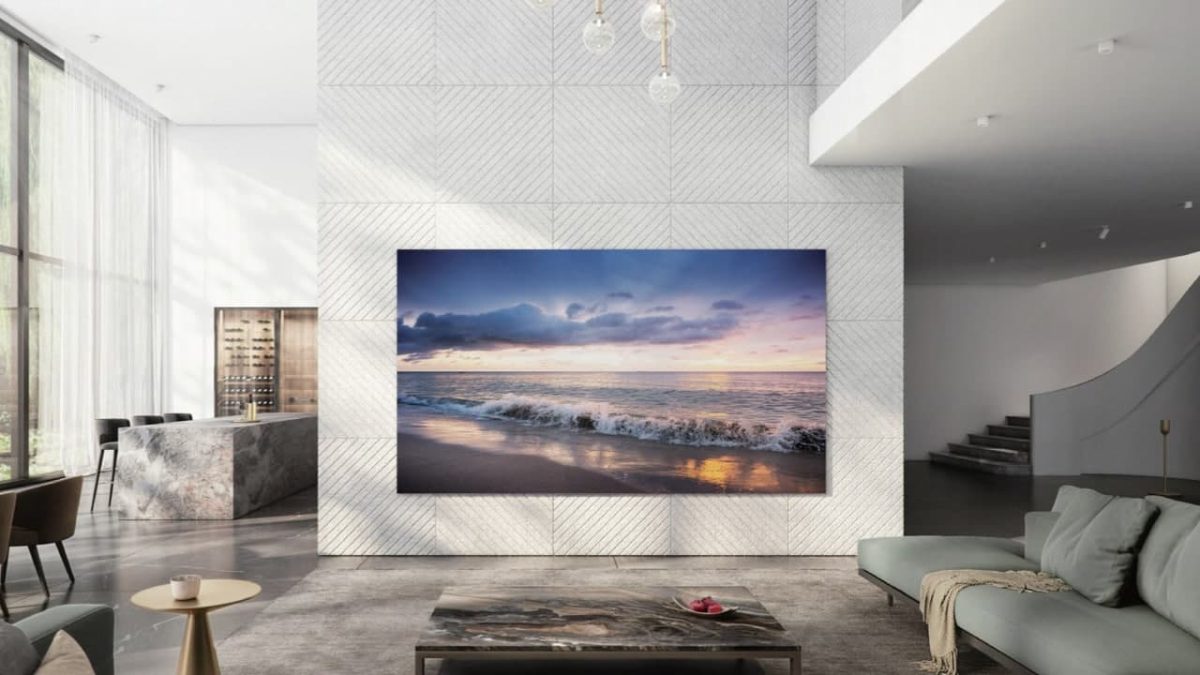 In our companion articles, we have covered several TV display technologies including LED/LCD, QLED, NanoCell, Mini-LED,  OLED, and QD-OLED. However, that isn’t the end of the story. MicroLED has the potential to offer a superior large screen viewing experience — at a very high cost.

MicroLED is a technology that utilizes microscopic-sized LEDs for displaying images. Each MicroLED pixel contains three subpixels that natively emit red, green, and blue light. The pixels also contain the image information. Each microLED pixel can be brightened, dimmed, or turned on and off.

Conceptually, MicroLED technology is similar to OLED TV technology. However, instead of using organic materials to construct the pixels which are somewhat unstable, MicroLED pixels are inorganic with no stability issues such as color decay over time, screen “burn-in” when static images are displayed for a long time period, or temperature sensitivity that prevents high-brightness display.

Here is a quick rundown of MicroLED Display features.

One unique, and innovative feature of MicroLED technology is that modular construction is supported. This means that MicroLED displays or TV can be assembled from smaller modules to create any needed screen size in several aspect ratios.

This is well-suited for commercial applications, such as large digital signage displays or as a video projector/screen replacement in movie theaters.

Tip: Modular construction only supports wall mount installation. For home theater applications, pre-assembled screen sizes are offered, but some are shipped in modules and “assembled on site” by an authorized dealer/installer. Pre-assembled screens may be offered with stand or wall mounting at the discretion of the manufacturer.

Where MicroLED Is Used

MicroLED displays are mainly used in commercial applications but they are also available to consumers for home theater use via special order.

Samsung and CSEED use the term MicroLED, LG uses the marketing label Magnit, and Sony uses Crystal LED. A limited number of cinemas also use MicroLED screens to show movies. Sony’s Crystal LED technology has been used successfully as a green screen replacement in movie and TV show production.

This category includes video walls and displays you see in stadiums, arenas, other large event venues, and “high-res” billboards (such as the ones scattered around Las Vegas and Times Square in NYC).

Some of these displays use MicroLEDs and some use slightly larger near-Micro LED size light emitting diodes that also generate their own light and color. The near-MicroLEDs are closer to the size of MiniLEDs, which are normally used as backlighting elements of select LED/LCD TVs but have been made with the ability to generate both light and color, thereby functioning as pixels just as their smaller MicroLED cousins.

The manufacturing cost of MicroLED is very high due to the microscopic precision needed to place MicroLEDs onto a backing surface. If you have deep pockets, you can get one, but it will be several years, or even a decade before you will find DVLED and MicroLED options affordable for the mainstream consumer. That being said, MicroLED and DVDLED video walls could end up becoming commonplace in homes in the not-too-far-distant future.