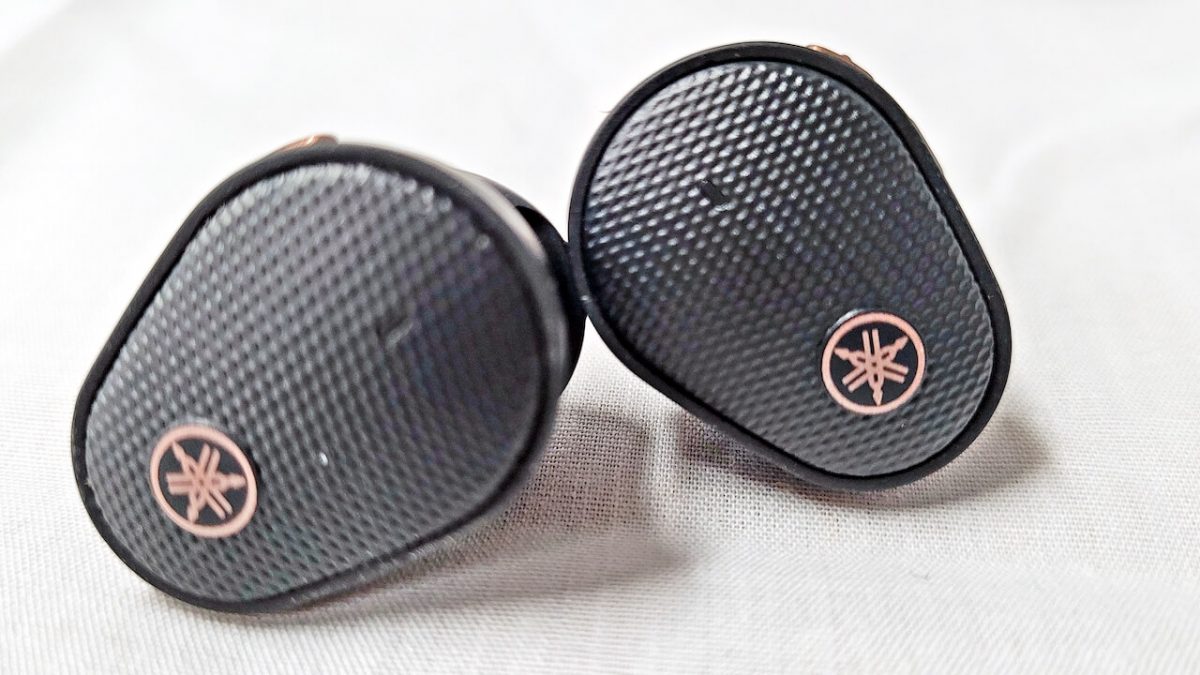 Yamaha will be celebrating its 135th anniversary in less than 6 months making it one of the oldest consumer electronics brands in the world and over that very long and storied history it has produced a myriad of musical instruments, electronics, loudspeakers, and motorcycles. You can find its products in every corner of the globe and the brand has repositioned itself within the consumer electronics space with a focus on home theater, amplifiers, and headphones.

Products like the new Yamaha TW-E5B and flagship TW-E7B Wireless Earbuds are important to the brand because they are certainly trailing the competition in the headphone categories.

We reviewed the YH-E700A Over-Ear Headphones and A-S3200 Integrated Amplifier in 2021 and found a lot to like about both products; the brand is clearly trying to offer competitive products in a space dominated by Denon, Marantz, and Rotel.

The $150 Yamaha TW-E5B Wireless Earbuds are the entry-level product in the wireless earbuds lineup and definitely different.

Yamaha has chosen a rather unique shape for the TW-E5B and that decision makes getting a proper seal slightly more complicated. Everything else about the design and charging case is fairly typical for the category but the ear piece requires a deeper dive to ensure that potential users don’t find themselves confused by the performance.

The faceplates are a semi-teardrop shape while the main body is round with the nozzles coming off the lower front and 5 charging pins forming a crescent moon shape behind the nozzles. The rounded portion is contoured to the curvature of the ear and I struggled somewhat to find a final positioning that delivered the best sound quality.

Until a proper alignment and seating in the ear canal is established, I found the TW-E5B to be rather lightweight in the bass; that should be a sign to any users that you don’t have the positioning correct because these are not wireless earbuds that struggle in the low end.

The faceplates have a nice checkered surface that makes them easy to grip when damp and the IPX5 rating provides a sufficient degree of protection from the rain and sweat.

The plastic construction keeps the weight down and once I was able to create a proper seal and feel comfortable with the positioning, longer listening sessions were actually quite easy.

Yamaha has also decided to move way from the current trend of placing the touch panels on the face of the ear pieces; all of the buttons are on the edges instead and I must confess after reviewing a few dozen true wireless earbuds over the past 12 months — I am starting to really prefer this design decision.

Internally, the Yamaha TW-E5B utilize a 7mm Dynamic Driver and Bluetooth 5.2 receiver that supports aptX Adaptive, AAC, and SBC — which means that both iOS and Android users have multiple protocol options.

The battery performance of the TW-E5B is one of its best features; a single charge delivered almost 8 hours of playtime before it needed to be returned to the charging case. There is a speed charge feature where 10 minutes of charging gives the user almost a full hour of playtime.

We ran the test multiple times to make sure that there wasn’t a big variation and Yamaha deserves some credit for getting that much life out of a single charge.

The charging case is styled similarly to the ear pieces with a checkered top and a semi-circular shape; the charge port is on the reverse side and well positioned so the lid can be opened while charging. A series of 4 LEDs on the front indicate the charging state

The charging case provides 2 additional full charges before it needs to be recharged itself using the USB Type-C port on the reverse side. Yamaha have chosen not to support wireless charging.

Pairing the TW-E5B with both an iPhone 12 and Samsung S21 was quite easy but it did expose one issue that reared its ugly head because I had previously reviewed the Yamaha YH-E700A Headphones and already had the Yamaha Headphone Controller app installed on both smart phones.

After pairing each source to the TW-E5B, I opened each app and was unable to get the app to find the wireless earbuds.

I fiddled with both apps and the phones and decided to uninstall the app on both devices and start from scratch; it was possible that neither had the most recent update and I hoped that to be the case.

Much to my delight, the app now worked on the iPhone but my joy was short lived because the Android app was not co-operating; the truly strange thing was that neither app even looked the same.

But then I figured it out. And I’m still confused why Yamaha decided to have two apps depending on the headphone you have and they are named differently.

Why Yamaha would choose to have two apps is a mystery and I hope they combine these two into a single more cohesive app in the future.

The app is rather basic with a 5 band EQ with a handful of presets and two user selectable profiles. The ambient sound on/off switch, listening care switch, and gaming mode switch complete what is currently available.

You’ll also need the app for firmware updates and one was available when I got started with the earbuds. The firmware update took about 15 minutes to install and is required to fix some Bluetooth stability issues.

The EQ is fairly straight forward and offers good control and the ability to save profiles which is not as common on wireless earbuds at certain price points. The “Ambient” sound mode only offers on/off with no room to adjust levels which made it adequate for hearing a car horn while walking and listening, but less than optimal in an office setting when you might want to hear what a co-worker is saying through the music.

Listening Care is an interesting feature that attempts to lift portions of the sound that are lost at lower volumes back into the mix so users can listen at lower volumes and not miss details they might with other wireless earbuds.

With the very real danger to hearing caused by listening at heightened volumes, I commend Yamaha for taking steps to help preserve people’s hearing while still getting full enjoyment from their music.

The setting did change the signature by adding a bit more treble at lower volume levels so details lost otherwise were more easily detected.

After turning off all of the features in the app, it was quite apparent that the TW-E5B have a rather pronounced “V” signature with emphasis around 100Hz in the bass and in the 2 – 4kHz range in the lower treble.

The extreme low end has some impact but begins to roll-off below 50Hz and there was a definite lack of definition in this range; the mid bass has far more definition, clarity, and speed and even with the added emphasis — there was almost no bleed into the upper bass or lower midrange.

The midrange is slightly recessed and it is far more noticeable in the lower midrange; male vocals have good weight and accurate timbre, but they are most certainly behind female vocals in the mix. Guitar had sufficient energy and growl and didn’t require any form of EQ to sound realistic. Strings, however, lacked some presence and I went into the EQ to adjust on some tracks which worked well.

The upper midrange showed some added emphasis which helped when listening to string instruments but it also pushed female vocals forward of the mix and I feel that some tracks had a nasal quality if the track was also recorded or mixed that way.

The lower treble emphasis gives percussion good snap and helps lift vocals in front of the instrumentation, but cymbals lacked some energy in the mid treble and did not sound very natural.

I never found the TW-E5B to sound veiled or constrained in the treble but there is some roll-off around 12KHz; you should be able to hear a degree of airiness and energy at the top but I would advise any listener to pay attention in the lower treble which can become somewhat fatiguing if the volume is too high.

The soundstage is what you would normally expect from most wireless closed earbuds; a presentation that favors width over depth or height. The imaging is average and fairly accurate but not carved firmly in space. The layering is above average and I was impressed by the good instrument separation.

Yamaha is slightly late to the party with the E700A and two true wireless earbud models in the lineup. The TW-E5B faces some rather stiff competition and has to be well above average to stand out in such a crowded market.

The “V” signature is rather engaging and mates well with pop, rock, hip-hop, and other popular genres of music. The simple controls and placement on the edges of the ear pieces works very well and they were very easy to pair with different types of smart phones and different operating systems.

The app situation is slightly perplexing; owners who can figure out which app to download will be fine and not experience the issues that I did — Yamaha still needs to change the naming and make it easier for existing customers with other Yamaha wireless headphones to operate the TW-E5B in the app.

The Yamaha TW-E5B does compare rather favorably with the Sennheiser CX, Sony WF-C500, and Final Audio ZE3000, but it does not offer the same tuning as those other models. This is a rather good pair of wireless earbuds for the aforementioned genres of music — Yamaha just needs to fix the app to make the package better.

A Guide to Audiophile Listening Bars Around the World